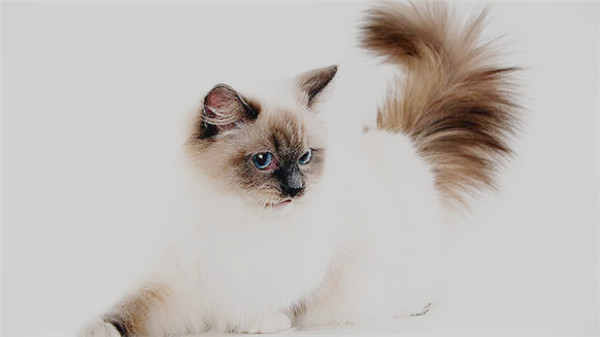 The Ragdoll is a cat breed with blue eyes and a distinct colourpoint coat. It is a large and muscular semi-longhair cat with a soft and silky coat. Like all long haired cats, Ragdolls need grooming to ensure their fur does not mat. Developed by American breeder Ann Baker in the 1960s, it is best known for its docile and placid temperament and affectionate nature. The name “Ragdoll” is derived from the tendency of individuals from the original breeding stock to go limp and relaxed when picked up. Particularly popular in both the United Kingdom and the breed’s native United States, ragdoll cats often are known as “dog-like cats” or “puppy-like cats” due to behaviors such as their tendency to follow people around, their ease at being physically handled, and their relative lack of aggression toward other pets.

Many Ragdolls have been taught to come when called and play fetch. They are gentle cats, and usually play without extending their claws. Ragdolls tend to be floor cats, not jumpers. The Ragdoll’s semi long coat is plush and silky, and requires minimal grooming to keep it looking its best. They should be combed with a steel comb on a regular basis to find and remove any loose hair or tangles.